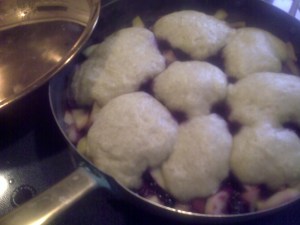 This was ok but it wasn’t amazing. I think that because it was cooked on the stovetop that I missed a crunchy topping to it. Not quite sure why else this wasn’t fabulous but I’ll work on it.

Tonight, I’m making lasagne which is going to be a bit of an experiment as I’ve made a big batch of the yogurt cheese to replace ricotta. Hopefully this will not be too tangy. I’m also going to change the noodles for strips of zucchinni. Fingers crossed.

I’m making mine in a deep pie plate.

First layer; 3/4 cup bolognese sauce (if you want it to be veggie add some ground veggie round-without the noodles though you are going to need that extra oomph to hold everything together. I’m using beef)

Third layer; one carton of ricotta that has pepper, pinch nutmeg, salt, chili flakes, oregano, chopped peppers, chopped onions and a clove of garlic mixed into it. In the fridge, I’ve drained a 500 gram carton of goat’s yogurt in a coffee filter for the night to substitue for the ricotta.

Seventh layer; 1 cup of shredded mozzarella (if you love cheese then add even more)

Bake for 3/4 of an hour at 350 (put a cookie sheet under it as you don’t want to have to clean your oven after this).

You can do all of this in the morning or even the night before.

Cover with with more cheese and rebake for 3/4 of an hour. Let sit for a few minutes before you slice it.