This is actually the description of the dish that I’m going to give you the recipe for but what it could also be me if I eat this regularily.  This is what is known as a “Sometimes snack” if you have little kids.  Apparently now that I have a wee one I need to lay-off some of the sarcasm and use nursery talk instead-good luck with that.

I first had this dessert when I went to Niagara-on-the-lake for the Shaw Festival.  My sister (as she is so good at) arranged everything and even found a great place to eat.  I don’t remember the name of the restaurant but it had an enormous butter sculpture in the front lobby so you pretty much knew what you were in for right from the get go.

You are supposed to get a fancy Charlotte pan for this recipe but I never have.  Use a deep cake pan (min. three inches) or pudding bowl and make this when you are planning on having people over who tend to cancel at the last minute so that you can eat it all by yourself.  You know…before it goes “off”.

Being a cute 16 year old with a mission, I talked the waitstaff into getting me the recipe. It was written on a napkin with the guy’s telephone number but I’ve since rewritten it.  Likely he knows by now that I’m not going to call.

Dissolve 1 package of gelatin in 1/4 cup of water for 10 minutes.  Heat 1 cup of maple syrup until warm (not hot).  Add the gelatin and chill until thickened slighty. 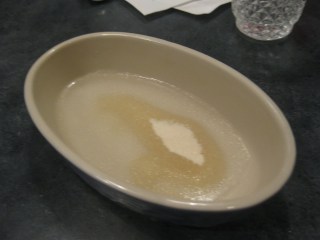 Fold in 2 cups of whipped cream and 1/2 cup of chopped nuts (can’t have nuts? leave them out). 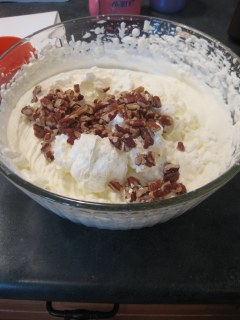 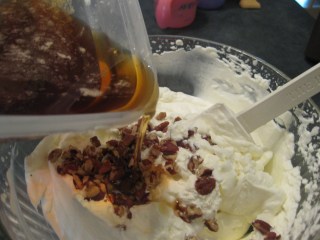 Fold as little as possible-you just worked hard to get all that air in your cream and you don’t want to ruin it now. 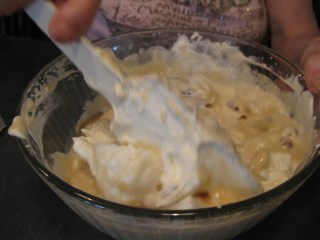 Line a bowl, or cake pan with plastic wrap with enough to cover the top when you’re done assembling. 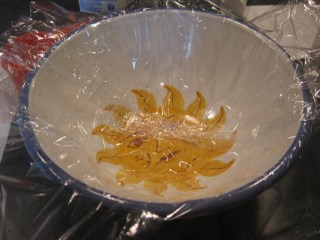 Then line the container with either thin slices of white, sponge cake or soft lady fingers. 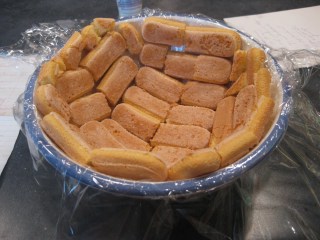 Pour in the filling, cover with more lady fingers and chill until firm (at least two hours). 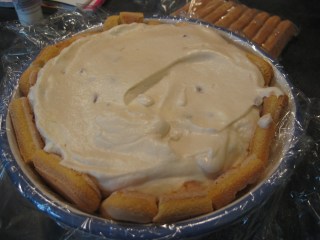 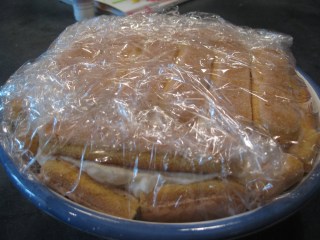 Unfold the plastic wrap, place a plate on the top and unmold. Voila! 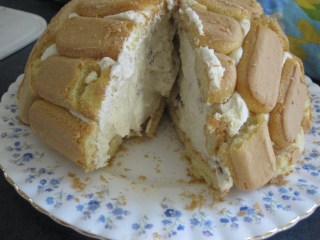 Now that I think about it-don’t even bother inviting anyone.  Just get a really big dessert spoon for yourself.  I don’t think that I would mind being described as fat and sweet. 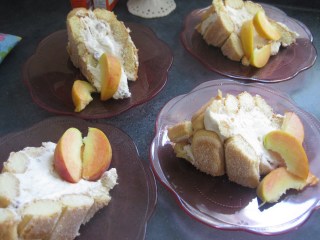 4 thoughts on “Fat and sweet…”