I was watching my new obsession (Eat St.) on the Food Network the othe rday and was amazed to see possible the best invention ever.  They were profiling a product called Bacon Jam that was served on a truck called “Skillet”.  They said that they spread it on just about everything and even sold it around the world on the internet.  I ran to the computer and…the network was down.  My credit card was happy.

Let’s face it; the wheel (pretty good), penicillin (also quite good) but BACON JAM?!  C’mon, this is a genius notion and I really need some (need being a relative term).

My internet is happy again and I’ve found a recipe.  It is supposed to be for giving away but let’s be honest-that is unlikely to happen. I have visions of this on sandwiches, on salmon, on burgers, on a spoon being eaten late at night by the light of the fridge…

I found several different recipes but good ol’ Martha Stewart won out (she had me at ‘slowcooker’).  I’ve added another link below to a spicier version but it entailed some ingredients that I don’t have hanging around-if you are a fan of spice then give the second one a whirl.

Directions
1.In a large skillet, cook bacon over medium-high, stirring occasionally, until fat is rendered and bacon is lightly browned, about 20 minutes. 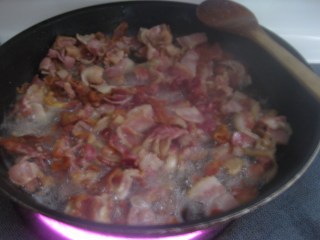 With a slotted spoon, transfer bacon to paper towels to drain. Pour off all but 1 tablespoon fat from skillet (reserve for another use); add onions and garlic, and cook until onions are translucent, about 6 minutes. 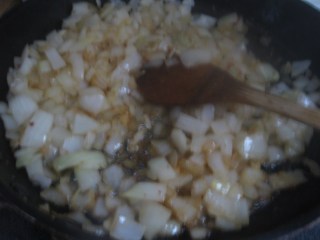 Add vinegar, brown sugar, maple syrup, and coffee and bring to a boil, stirring and scraping up browned bits from skillet with a wooden spoon, about 2 minutes. Add bacon and stir to combine.

2.Transfer mixture to a 6-quart slow cooker and cook on high, uncovered, until liquid is syrupy, 3 1/2 to 4 hours. Transfer to a food processor; pulse until coarsely chopped. Let cool, then refrigerate in airtight containers, up to 4 weeks. 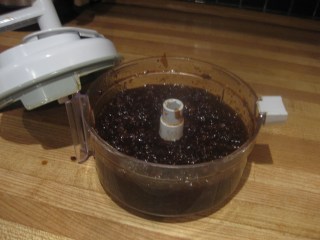 Method:
Cook the bacon until fat is rendered, but not too crisp. Cut cooked bacon into two-inch sized pieces.

On medium heat, cook the onion and garlic in one tablespoon of rendered bacon fat in a medium-sized pot for two minutes. Add the cooked bacon, spices, apple-cider vinegar and coffee. Simmer on low for two hours, stirring occasionally. If jam starts to get dry, add water, 1/4 cup at a time.

After two hours, place bacon jam into a food processor, and puree for two or three seconds, tops. You just want to bring it together but still have some chunks.

7 thoughts on “Unique hostess gift or hoard it for yourself”