So I have my little cutie petootie who is usually on the go but every so often she does pause and she’s decided that rockers are her thing.  We have one in our living room that she hangs out in but with the new family room being built I wanted another.

In comes a find from my father-in-law.  It needed reglueing and a fun paint job but what a sturdy little piece.

I put a layer of pink on it first.

Then covered the whole thing in a dove grey and sanded enough away to let the pink poke through.  Yay!

I have to admit that I love writing my little blog but even more so I love the blogs that I have been exposed to because of it. The inspiration and support that is available out there on the seemingly cold worldwide web is a treat.

Last week I happened upon http://niftythriftythings.blogspot.com and she featured homemade gingerale!
Well, 1 cup of fresh ginger (sliced), 2 cups of sugar, 2 cups of water, 15 minutes of boiling later and…

I had ginger syrup. 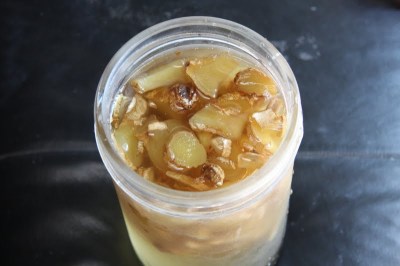 I let it steep in a pretty container for an hour, loaded my trusty club soda dispenser, added about a 1/4 cup of syrup to a glass and had the most delicious gingerale ever invented. 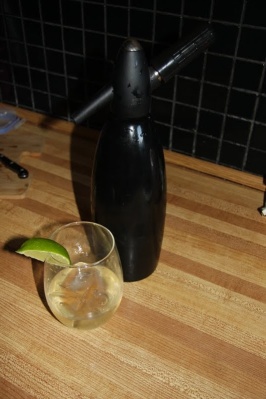 Then we got fancy.
This drink is called
“The Alex” (for my nephew who made the suggestions).
We made the gingerale (1/2 a glass), topped it with beer (this is a shandy) and added a chunk of lime and a vanilla pod.
Ahhh…summer is good.

3 thoughts on “Cute Rocker Redo and a fresh cocktail”