Who else has the theme song for the ‘Six Million Dollar Man” running through their heads?
I guess that dates me but that’s ok since it leads me to one of the tastiest pies that you’ll ever have.
But first let’s take a minute
Now onto pie.
Don’t get me wrong, any type of pie is better than no pie at all but Pumpkin pie is usually the ugly stepsister of the dessert world watching her beautiful stepsister; Chocolate Pecan Pie go to the ball and have the prince fall for her.
How do you end pie tragedy and turn it into a different sort of fairy tale?
Why adding candied nuts and perhaps a bit of liquor.
Take two cups of nuts (I like either walnuts or pecans). 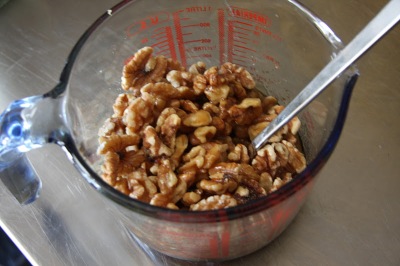 Add; 1/2 cup corn syrup, 1 cup brown sugar (I said this was great pie NOT low calorie), 1 shot of screech (this is a whisky from Newfoundland, if you aren’t into the hooch then a dash of vanilla will do the trick).

What?!  is that an unbaked pie shell?  Yes.  Yes it is.  I did this by mistake one year and found out that I ended-up with a great pie without the hoohaa of blind baking. 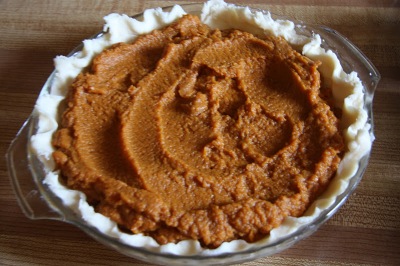 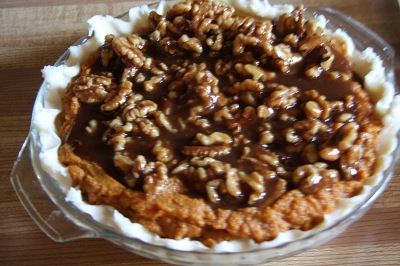 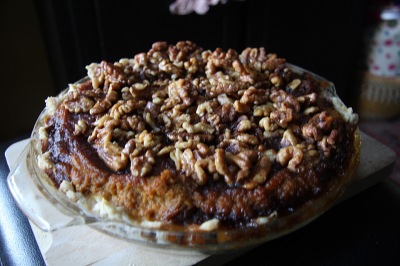