The amazing Debbie over at debbiedoos hosts quite the gorgeous party each month where you recreate a photo from a magazine.  People come-up with the most extraordinary vignettes and sometimes whole rooms.  I’m more than a bit humbled but wanted to give it a go too.  Here’s my take on chocolate covered pears.
I found the photo in this month’s issue of “Country Homes and Interiors” and since I’m not quite ready to reveal all the rooms of the addition yet I’ll focus on food.

Seeing this photo, wouldn’t you? 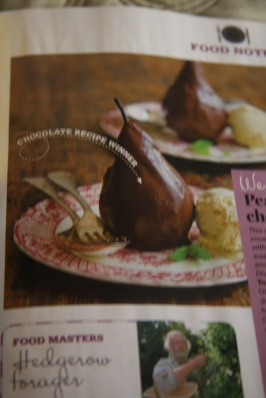 I wasn’t fussy on the recipe so I made-up my own starting with two peeled pears that I poached (try saying that five times faster) in 1 cup of sugar, 1 cup of water and 1/2 cup of coffee liquour. 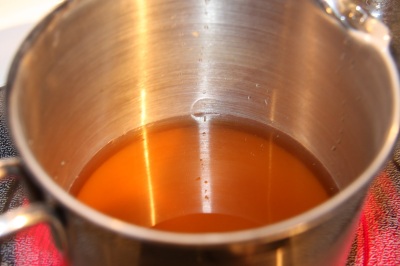 I left the stems on the pears to allow for easy dipping afterwards and I essentially basted the pears with the poaching liquid until they were just softened.

In a double boiler I melted; 1 large bar (250 grams) of dark chocolate, a dash of espresso, the same of heavy cream and a tsp of butter. 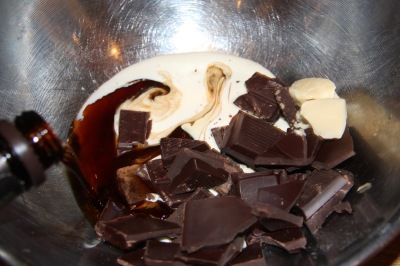 Place on pretty plate with a bit of really good quality, vanilla icecream and…

not too shabby 🙂
I love hearing from you. Leave a comment-make my day.

6 thoughts on “You should be in magazines”